Everything you need to know about Memory Cards 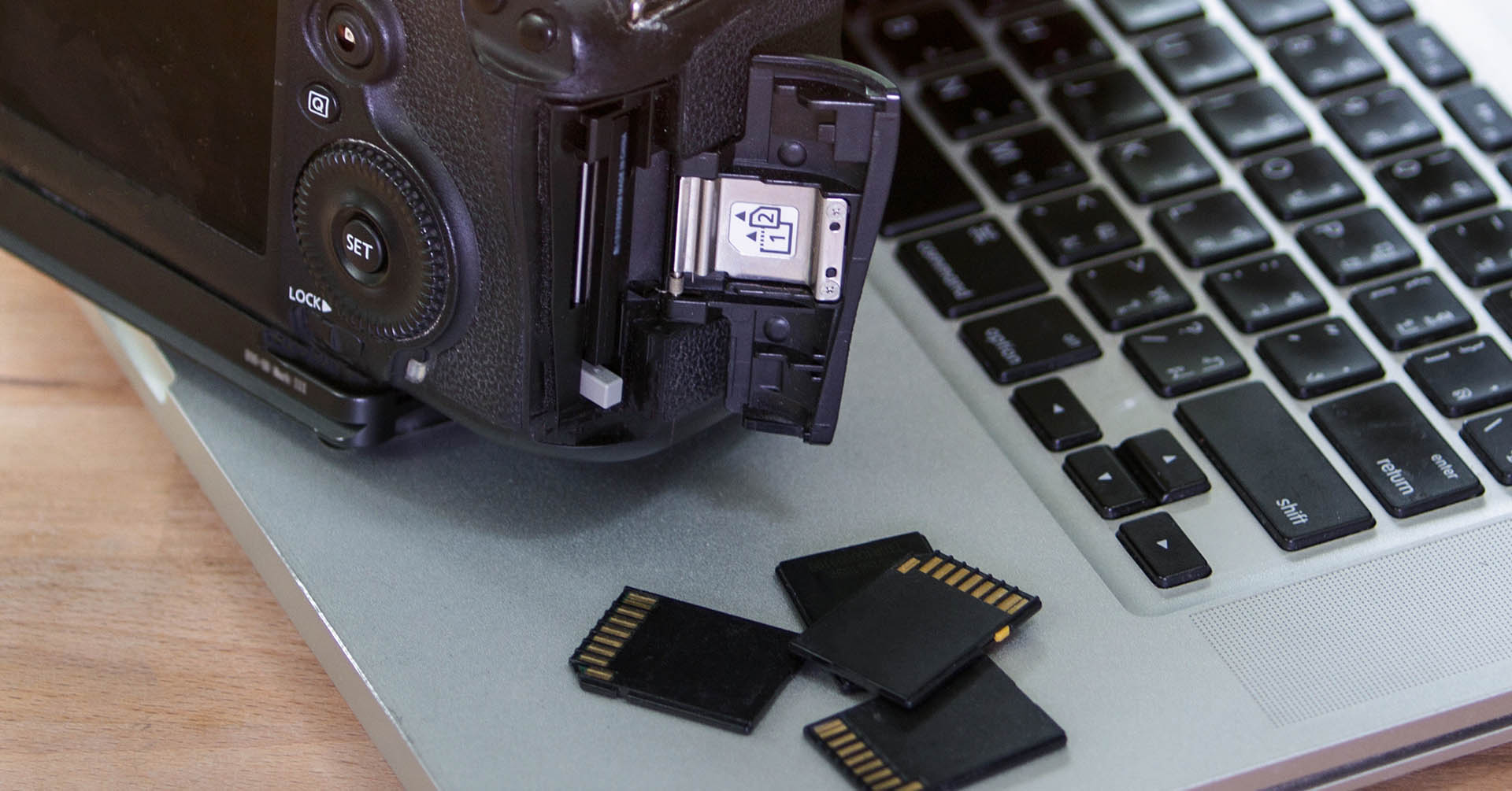 As photographers we are all familiar with memory cards.

The development of digital photography and memory cards has gone hand in hand ever since the launch of the first digital camera by Kodak in 1991.

As DSLR’s improved, the sensor pixel count got higher and higher, leading to larger file size so the need for larger capacity and faster cards followed.

Smart Media cards, at one time accounting for 50% of the market, fell out of favour following the release of the Secure Digital (SD) cards and now SD and CF dominate the photography market.

Compact Flash was developed primarily for use in digital cameras and only until recently used exclusively by the leading manufactures in their pro-spec camera bodies.

The first generation of CF cards, although having a maximum capacity of 128GB, tended to be around 2 to 4GB due to limitations regarding the write speeds, which led to manufacturers putting a cap on the size of card that could be used. Nikon, for instance, limited the card size to 2GB in the D1 series.

CF II cards have a maximum available size of 512GB although, in theory it could be 128PB or 128 million gigabyte. The release of the CFexpress/XQD cards and the introduction of SSD (solid state device) computer hard drives means that it is unlikely that we will ever see Compact Flash cards greater than 512GB.

In terms of speeds, the first generation cards had a write speed of 8 megabits/second. This then rose to 66 mbits/s by version 3 at which time larger card sizes became more readily available and camera manufacturers increased the card size limit or removed it altogether.

Currently the maximum write speeds for CF cards is 167 mbits/s although these are not readily available and with the increasing popularity of CFexpress and XQD it is unlikely the general consumer will have access to these high speed cards.

Secure Digital (SD) cards were used in the low to medium range of cameras as well as other consumer devices such as smartphones, PDAs, portable media players. As SD cards were introduced later than CF they benefited from the devolvement that had taken place with CF and SM cards and as such have a better looking specification than the other cards.

With write speeds of around 95 mbits/s and, similar to the CF card, 512GB being the norm but in theory they can have a write speed of 985 mbits/s and 128TB storage but just like the CF card, it is unlikely we will ever see cards with that performance with the XQD or CFexpress cards now being the preferred card type.

The latest manifestation of memory cards is the XQD/CFexpress which are physically identical and most cameras will take either if their firmware supports it as do most card readers designed for these cards.

QXD/Cfexpress can read and write at the same speed. For example,  Prograde (formally Lexar) produce a 1TB card which writes and reads at 1700 MB/s

Compared this to the fastest CF card readily available and affordable which has a write speed of 167Mb/s!

With all new technology, prices for these latest cards will fall in time.

Those of a certain age will remember the VHS / Betamax war where the superior betamax format was overtaken and eventually phased out by VHS.

The same may be the case with XQD and CFexpress as on paper, the XQD design is superior to CFexpress. Leading card manufacturer Prograde recently announced they are withdrawing support for XQD and concentrating on Cfexpress.

When first released, XQD was adopted by Nikon who used it in the D4 followed by the D5 and D500 which was seen as a major seal of approval.

Sony followed suit. It was their baby after all but Nikon soon released firmware updates to allow CFexpress cards to be used in their cameras as well as XQD.

This may have been because Canon went down the CFexpress route with its new range of mirrorless cameras and even the Sony a1 flagship camera uses Cfexpress as standard.

It would appear as if CFexpress is the future in memory card technology.

Why do we need this new generation of memory cards?

As with CF/SD cards which evolved to meet the demands of ever growing file sizes due to increased sensor resolutions in still cameras the emergence and rapid development for both dedicated and hybrid stills/video cameras has pushed these cards to the limit.

With 8k/60p video now being offered in the likes of the Nikon Z9 the need for a faster larger card format was needed.

Compact Flash cards were designed to be used in professional cameras and the design specification called for robust, stable and fast storage and as such will typically withstand a lot more abuse than its SD counterpart.

In fact, in all my years of using them I only ever had one fail. They do have issues mostly due to the design of the connecting method which uses 50 pins to connect to a device and it is the pins that are the weak point. A bent or broken pin will cause data corruption or the card simply not working.

Although it’s normally not the card but either the camera or card reader that actually fails due to a damaged pin.

SD cards were designed to be more compact and cheaper to produce and are not as robust as the CF card.

Rapid temperature change, flexing, moisture ingress and magnetic fields can all lead to a SD card failing both while in a camera or even when being stored in a camera bag.

As such, greater care should be taken with them. They should be kept in a card holder or wallet. If a card gets wet it should be dried as soon as possible.

If they tend to be used or you live near the sea or in a climate that tends to have high humidity levels, the contact pads can oxidise, leading to poor connections so it is good practice to clean the pads from time to time to stop any build up of oxidation.

If you tend to shoot a lot beside the sea, then a very light coating of the type of oil supplied with shavers or hair clippers applied with a cotton bud works wonders to protect the contacts between card and camera. When I say light, I mean light! You should not be able to see any trace of oil when finished.

Which Memory card should I choose?

Which card should I choose is a frequent question asked by many. Whether it is a CF or SD card will, of course, be dictated by which type your camera uses. Most entry level cameras take SD cards. Many higher spec cameras support the newer CFe/XQD.

The choice is really relatively simple. You need to ask yourself what size do I need and how fast a write speed do I need?

When it comes to size, bigger is not always better! In fact many would argue that having several smaller sized cards and having to change them means if the worse happens, then at least you won’t have lost everything from a shoot.

Find Out More: Webinar: Which Memory Card should I buy?

I would tend to agree, especially if you are using SD cards. I use SD cards a lot in my day job and have a box full of dead cards and as I mentioned before only one CF fail.

I also have a CF card with a dent in it which still works fine. By the way, the failed CF card was due to a faulty card reader supplying too much voltage to the card.

As for speed, the faster the card the more expensive they tend to be.

Unless you are going to be shooting a lot in burst mode where getting the buffer cleared as quickly as possible is an advantage to maintain a high frame rate or if you are shooting 4/8k video then a slower card may be all you need.

A 32gb Sandisk 120mb/s card can be got for less than £10 which is good enough for most situations. These slower rated cards tend to be more reliable as the components are not being stressed as much.

A point to note about buying cards especially SD cards is unfortunately there are a lot of counterfeits being sold, even on the likes of Amazon.

Sandisk cards are the most commonly copied. Many argue that they are just as good but it is something to be aware of when making a buying decision.

The Future of Memory Cards

With the development of the likes of 5G mobile phone networks with its ever increasing speeds,  there is a train of thought that one day memory cards will become obsolete with your images being sent directly to the cloud.

There is some merit to this as most camera phones already do this and it would be a logical step for cameras to follow suit.

With Nikon’s New flagship camera the Z9 producing image files of 55 mb per image in RAW format and a whopping 14.5 terabyte file if you where to shoot video at 8k for the maximum 2 hours the camera allows, that is a lot of data to store and transfer even over 5G

For the foreseeable future fast high capacity memory cards still have a future with cloud storage possibly being offered in consumer cameras and even the high end ‘prosumer’ equipment.

As with all technology I am sure the next Quantum leap is just around the corner. 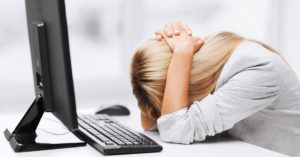 Creating a Backup Strategy for your Photos 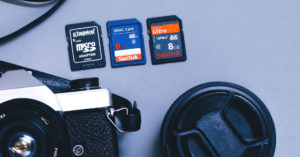 Which Memory Card should I buy?